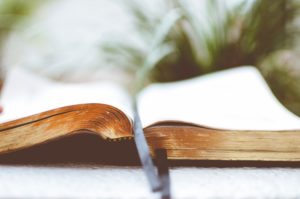 Our study is on the gospel and we are looking at the apostle Paul’s statement to the Corinthians. He writes: “I declare unto you the gospel.” This gospel declaration is his restatement of something he himself had received (v. 3). In fact, what he received is exactly what he gave to them. It is what they received from him (v. 1). Paul received the gospel and then he gave the gospel to the Corinthians. This is the process by which they were evangelized. The gospel he received is the same gospel he declared. Now, how did Paul receive the gospel? We know from Acts 9 and two other passages in Acts that Paul was converted on the road to Damascus. That is where he came to final and complete understanding of the truth. However, he had already heard at the very least the part about Jesus dying on the cross. We know that from Acts 7:52 where Stephen was preaching to the Pharisees who later stoned him. Acts 8:1 indicates that Paul was there when Stephen was stoned. In Acts 9, before Paul was converted, he was persecuting Christians—people of “the Way” according to Acts 22:4. In other words, Paul must have been aware of the facts of the gospel at the very least. He had simply rejected that truth up to that point in his life.

What are these facts to which I refer? You will find them in 1 Corinthians 15:3-4. They center around two important truths. Truth 1: Jesus died on the cross in the place of sinners. Paul says it this way: Christ died “for our sin.” That is, Jesus did not die for any sin of His own, but because of, or in the place of the sins of others. We know that the apostle Paul was “preaching the gospel” (1:17), “preaching the cross” (v. 18), “preaching Christ crucified” (v. 23), and again “Jesus Christ and Him crucified” (2:2). That He died is attested by the fact that He was buried. This burial relates to truth 1 and sets up truth 2. Truth 2: Jesus rose from the dead. This resurrection is not insignificant. It is the basis of his message throughout his missionary endeavors. Paul is constantly preaching both Jesus’ death and resurrection. For example, when Paul came to Corinth in Acts 18 he preached both that Jesus was the Messiah (v. 5) and “the word of God” (v. 11).

Both truths (Jesus died and was buried, and rose again from the dead) is the gospel that Paul received. It is the gospel that he preached. So how did Paul receive it? I have already pointed out that he knew about the death of Jesus because of, at the very minimum, the preaching of Stephen. It is also likely that he knew about the resurrection of Jesus from the preaching of “the Way.” Regardless, our focus is on the little important phrase—“according to the Scriptures”— which is used at the end of verse 3 and verse 4. In the Greek text the phrase itself indicates the basis on which Paul is drawing his conclusions. Jesus died because the Bible says that He died. That is Paul’s ultimate foundation. He rose again because the Bible says that He rose again. Let’s look at the text and see exactly how we have it in our Bible.

The two truths that Paul preached was what the Scriptures confirmed. In this text, we have the gospel inscripturated.

The Scriptures, as Paul uses the words in this text, reference the inspired Word of God. The word “scriptures” (graphe) means “writings.” In this case, however, it is not just any writings to which Paul is referring. There is a definite article before “scriptures” indicating that the writings are specific. This is how Paul refers to the Bible. 2 Timothy 3:16 refers to all of the “scripture” (graphe) as being inspired by God. Every word is His. He spoke the Scriptures into existence. They are the very words of God.

The word Scriptures can refer to either the Old or the New Testament. Jesus believed that the Old Testament was inspired by God. He frequently quoted from Old Testament passages in His sermons, when He was instructing His disciples, or when He was arguing with the Pharisees. In John 10:35, Jesus quotes Psalm 82:6 and refers to that texts as Scripture. Clearly the Old Testament is inspired Scripture. The New Testament is also Scripture. In 2 Peter 3:16, the apostle Peter refers to Paul’s letters (the epistles) as Scripture. Of course, that would include our text in 1 Corinthians 15:3-4. Peter refers to Paul’s letters as graphe. By the way, in referencing Paul’s writings, Peter acknowledges that sometimes Paul can be difficult to understand. If you ever feel like you are having some difficulty understanding what Paul is writing, take heart that the great apostle Peter had some of the same problems.

The truth is, because the Scriptures are God’s Word, the gospel is based on the Bible itself. When Paul writes that the two truths of the gospel (Jesus death and resurrection) are “according to the Scriptures,” he is arguing that these truths are not something he devised himself. They are not something the early church came up with to compete with Judaism. These truths are based on God’s own words. There are Old Testament passages which indicate that the gospel is true. Isaiah 53 prophesies about the death of Jesus. It reveals that God’s Servant (Messiah) would suffer and die for others. V. 6 indicates that the “Lord hath laid upon Him the iniquity of us all.” That is the vicarious atonement that Paul refers to when he writes that Jesus died “for our sins.” Psalm 16 prophesies about the resurrection of Jesus. V. 10 indicates that God would not leave Messiah in the grave. While this psalm is not as clear as Isaiah 53, that it refers to Jesus is cleared up by the way Peter uses it in Acts 2:31 at Pentecost. Speaking of Jesus’ resurrection, Peter quotes Psalm 16:10. Finally, while the expression “three days” in 1 Corinthians 15:4 is not necessarily attached to the phrase “according to the Scriptures” (it is adjectival), it is possible that the story of Jonah being in the fish for three days represents Jesus’ body being in the grave for three days. This is how Jesus interprets that passage in Matthew 12:40. He says of Himself, that even as Jonah was in the belly of the fish three days, so His body would be in the grave for three days.

There are also New Testament passages that indicate that the gospel is true. On three separate occasions, Jesus prophesied of His death and resurrection to His disciples. Each of the synoptic Gospels has these prophecies. These are found in Matthew 16:21, 17:22-23, 20:18-19; Mark 8:31, 9:31, 10:33-34; and Luke 9:22, 9:44, 18:32-33. While there is some debate among scholars as to the dating of the writing of the Gospels, Paul was evidently aware of the teaching of Jesus (1 Corinthians 7:10) when he wrote 1 Corinthians. Even if the Gospels were written after Paul wrote this verse, “according to the Scriptures” might actually be resting on these three prophecies of Jesus predicting His own death and resurrection.

You should have supreme confidence that the gospel you believe in for your personal salvation is not something devised by man. It is not some clever way of conning people into following the Christian religion. The gospel is the promise of God based entirely upon His Word.