The Promise of the Gospel 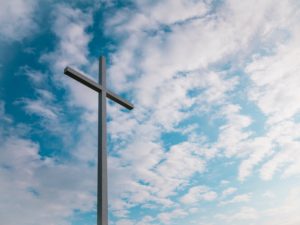 The gospel promises two incredible things. It promises new life to those who are in Christ and that God will be glorified by it “in the end.” Of course, much of the preaching on the gospel addresses the first promise. It is amazing that God would save sinful man. However, the second aspect should not be ignored. The glory of God in the gospel is a very important point too. This short devotional addresses both promises.

First, the gospel promises new life to those who are in Christ. Paul states definitively that everyone who is in Christ will be resurrected from the dead.

20 But now is Christ risen from the dead, and become the firstfruits of them that slept. 21 For since by man came death, by man came also the resurrection of the dead. 22 For as in Adam all die, even so in Christ shall all be made alive.

Our relationship to both men is important. Our relationship to Adam means death. Romans 6:23 states that the “wages” or “payment” for sin is death. The exact means by which this occurs has been debated by theologians for centuries. Augustine believed that every person is guilty in Adam’s sin. This inherited guilt means that even before birth, a child is guilty of sin before God. Other evangelical theologians reject inherited guilt in favor of an inherited sin nature. This means that because we are all descended from Adam, we have a sin nature that will result in sin at some point in our life. Whether you hold to inherited guilt or an inherited sin nature, the fact remains that being “in Adam” means being dead in trespasses and sins.

The timing of this resurrection is certain. Paul writes:

23 But every man in his own order: Christ the firstfruits; afterward they that are Christ’s at his coming.

The order is specific. Jesus is the first of our kind to rise from the dead. He is the head of the order. He is the first in the harvest to “ripen” as it were. Everyone who is in Him will come after Him when He returns for us. This is a reference to the Rapture of the church. This is not a reference, per se, to the Second Advent of Jesus. This material fits nicely with what Paul is teaching in 1 Thessalonians 4. Regardless of whether you believe that this Rapture event occurs before the Tribulation (as our church teaches), or if it is before the Great Tribulation (the mid-point of the Tribulation which position is generally referred to as “mid-trib”), or if it comes at the end of the Tribulation (a position generally referred to as “post-trib), the fact remains that the resurrection of the Church occurs when Jesus comes back for His “bride.” We will rise from the dead. That’s the first promise of the gospel.

Not only will we rise from the dead as Jesus rose, but God will be glorified by our resurrection. That is the second promise of the gospel. The text states unequivocally that Jesus will rule over mankind. The first, true global kingdom will be His.

Jesus will establish an earthly kingdom. This rule will be world-wide. Revelation 20 states plainly that the kingdom will last 1,000 years. Some theologians read that allegorically to mean “a long time.” In truth, the language could not be more obvious. This is the great millennial reign of Jesus upon the earth. Just as He rose physically from the dead, the Lord will rule physically on the earth. Moreover, He will “deliver” this kingdom to God the Father. He will place it into the Father’s hands. This is an expression of complete control. All of the kings and rulers of the earth will submit to Him. Most will willingly submit to the Lord’s rule. Others will apparently be forced to submit to Him. Jesus will rule, after all, with a rod of iron. All of the enemies of the Lord Jesus will submit to Him. They will be under His feet, an ancient expression that refers to people being conquered.

Ultimately, God will be magnified. The terrible consequences of sin will be reversed. Death will be eliminated for those who are resurrected in Christ.

The new body does not die. It cannot sin and therefore, there is no threat of death. Sin is eliminated once and for all. The body that is sown in dishonor (put into the grave at death) will be resurrected in glory. It goes into the grave a natural (read: human body) and is raised up a spiritual body (vv. 43-44). Thus, death is swallowed up in victory (v. 54).

When this occurs, all things will finally submit to God’s rule. Even Jesus is subject to the Father in a sense. This does not mean that the Son is inferior to the Father. There is no inferiority in the Trinity. It means that Jesus is the eternal Son of God. His voluntary submission to the Father continues into eternity. In fact, as He glorifies the Father, the Father also glorifies the Son (John 17:1). This is the very point Paul makes in Philippians 2:9-10. Even as the Father exalts the Son, so He is glorified in the Son. This is the second promise of the gospel. God will be forever exalted. The gospel glorifies Him.