Why is the Gospel Important?

8 First, I thank my God through Jesus Christ for you all, that your faith is spoken of throughout the whole world. 9 For God is my witness, whom I serve with my spirit in the gospel of his Son, that without ceasing I make mention of you always in my prayers; 10 Making request, if by any means now at length I might have a prosperous journey by the will of God to come unto you. 11 For I long to see you, that I may impart unto you some spiritual gift, to the end ye may be established; 12 That is, that I may be comforted together with you by the mutual faith both of you and me. 13 Now I would not have you ignorant, brethren, that oftentimes I purposed to come unto you, (but was let hitherto,) that I might have some fruit among you also, even as among other Gentiles. 14 I am debtor both to the Greeks, and to the Barbarians; both to the wise, and to the unwise. 15 So, as much as in me is, I am ready to preach the gospel to you that are at Rome also. 16 For I am not ashamed of the gospel of Christ: for it is the power of God unto salvation to every one that believeth; to the Jew first, and also to the Greek. 17 For therein is the righteousness of God revealed from faith to faith: as it is written, The just shall live by faith. 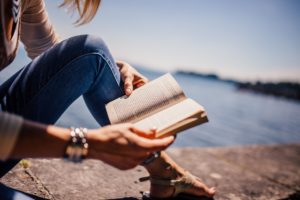 Some Christians seek for so-called “second blessing” or special experience to deepen their spirituality. They think that the gospel message is only for unbelievers or young believers who are babies in Christ. According to the apostle Paul, however, this kind of idea is completely foreign to the Bible. Paul in today’s text proclaims that the gospel is the power that delivers us from sin; yet it is much more than the initial salvation. It is also the source for Christian growth in the messianic community. Therefore, we must focus on the message of the gospel in order to grow spiritually. Why should we centralize the gospel message in our Christian walk? There are four reasons.

We Become God’s Children through the Gospel

Paul gives thanks to God for the Roman Christians’ saving faith in the gospel of Jesus Christ (v. 8; v. 16). The faith the Roman Christians had was not a special or extraordinary faith. Rather, it was the common faith that every Christian in everywhere shares together. The churches in Rome seem to have been established without a distinguished apostolic ministry. There was no big named missionary or pastor who started churches in Rome. The church planting was most likely done by lay believers who brought the gospel message from different places. Yet, it really didn’t matter whether the churches were established by big named guys or not. What mattered was that they had genuine faith in the gospel of Jesus Christ. It was what pleased Paul because it was what pleased God. This gospel concerning Jesus Christ, promised in the Old Testament (Romans 1:1-3) and fulfilled in His death, burial and resurrection, is the means by which a sinner becomes God’s child without an exception.

We Serve God in the Gospel

When I was in college, my landlord asked me to become a manager for his house where my roommates and I were living in. It meant that I am to gather monthly rent from my roommates for my landlord. Though I owed nothing to anyone, as soon as I received rent from my roommates, I became a debtor both to my landlord and roommates. Until I safely gave the money to my landlord, I was a debtor to all of them. The apostle felt the same way when he received the gospel message from God for the Gentiles. He felt he owed both God, who gave him the task to preach the gospel, and Gentiles, who were waiting to receive the gospel message. He became relentless until he finished his task.

We Grow Together in Each Other’s Faith in the Gospel

Next, Paul is talking about the unity of God’s people in the gospel. The bond that linked Paul with the Roman Christians was their mutual faith in the gospel. This bond led the apostle to do three things for them. First, Paul earnestly prayed for the Romans (vv. 9-10a). Second, Paul earnestly longed to meet them in person (vv. 10b-11a). It was because he knew that the initial salvation was not the end of their Christian life. They had to grow. Third, Paul earnestly sought for a mutual building-up/encouragement between them and himself (vv. 11b-12). Although each one of us is individually saved by individual faith, God never meant the Christian life to be individualistic. Throughout Romans Paul emphasizes that God has made all believers one in the gospel. Christian growth is always a communal growth in the gospel bond. People from different backgrounds become one people by the common faith in the gospel (vv. 14, 16b).

We Grow by the Message of the Gospel Itself

Paul was eager to preach the gospel to the Romans who already had faith in the same gospel in order to have some fruit among them as well as among other Gentiles (v. 13). How was Paul planning to bear fruit among the Roman believers? By preaching the gospel to them (v. 15). The secret of Christian growth is found in nothing but the gospel message. In order to talk about the amazing spiritual blessings all Christians enjoy in Christ in chapter 8, Paul had to extensively expound on the meaning of the gospel in chapters 1-7. The more we understand that it is not our works that save us but faith in the gospel of Jesus Christ (ch. 3), the more we fathom the depth of God’s love demonstrated in Jesus’ death for us (ch. 5), the more we meditate on our union with Christ in His death and resurrection (ch. 6), the more we will grow strong and be established as mature Christians. A good example of this truth is the Thessalonian Church. How could the young church remain strong in the middle of severe persecutions? We need to remember that the apostle Paul stayed with them only about a month and had to leave the city due to an imminent persecution (Acts 17). Paul explains that they could do it because they walked worthy of God who called them through the gospel message (1 Thessalonians 2:8-12).

The apostle’s concern for the Roman Christians was not that they may experience a “second blessing” or have some extraordinary experience for spiritual growth. He rather wrote for them a letter that is a full exposition of the gospel of Jesus Christ. It was because (1) by the faith in the gospel they became Christians. And (2) they could not serve God apart from preaching the gospel to the world. (3) They had to build up themselves by each other’s faith in the gospel. (4) The message of the gospel was the source of their spiritual growth.